Thursday  when i got back from singing at the studio , boom out of the blue

From The Daily Album

Flowers from the Stars by As the City Rumbles Underneath

Today’s album comes from As the City Rumbles Underneath, a duo out of Toronto who happened upon each other in the summer of 2012. Cat Forsley was looking for a producer, found Ashton Price via Twitter, and the two quickly learned about the passion they shared for shoegazer music. Now, a year and a half and with a few released tracks under their belts, the pair have just released their first EP, Flowers from the Stars.

Per their short bio on Bandcamp, the two ”take some of the 90’s shoegazer music influence and combine it with a more modern rhythm section and pop production”, a sound that is both intriguing and catchy as all hell. Their first single (and the opening track on Flowers from the Stars), “Hearts Expire” is a pulsing combination of electro elements, crooning pop vocals and pounding percussion. Featured on the Canadian television program Degrassi, this tune has served as the sound that defines Price and Forsley’s project and been a serious boon to their success thus far. Not terribly surprising, really, given the poppy presentation and vocal potency of the notions of expiring hearts and fading love. Still, the bouncy, poppy feel of “Hearts Expire” is only one facet of Price and Forsley’s sound.

“Said and Done” reflects another side of Price and Forsley, a somber, guitar-driven tune. There is an atmospheric quality to the song that is in keeping with the shoegazer influence that is present in the rest of the album and makes the song another easy choice for cinema or film pairing. The “Naked” version is perhaps even more touching and emotional than the original, a duet by Price and Forsley set to piano. The piano work is done quite nicely, shaping the astronomy-themed piece into a lullaby of sorts.

There is an interesting dichotomy on this album, and though it is only an EP, Flowers from the Stars demonstrates the multi-faceted quality of this pair well. “When Stars Collide” is another energy-driven tune, utilizing a similar electropop sound as that of “Hearts Expire”. “I Am You Are” has just as much energy, but features more elements of EDM and discopop in its effort to make listeners move. And the Chris Lago radio remix is an awesome addition with its mix of dubstep and electro, a pulse-pounding close to the album.

For a pair of artists who haven’t been together all that long, Flowers from the Stars is an impressive debut EP. With the success it deserves, expect to hear more from Forsley and Price, aka As the City Rumbles Underneath. Shoegazey electro pop that alternates between heavy, pounding beats and more delicate lullaby-ballads. Great stuff that deserves a follow-up album.

Thank You For such a glowing review ….

also here is our lyric video for  Sanctuary

and Have a great weekend 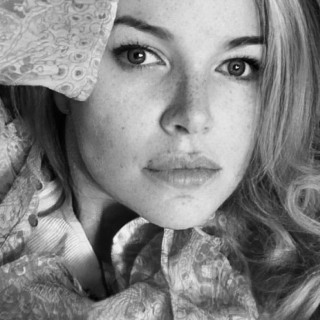